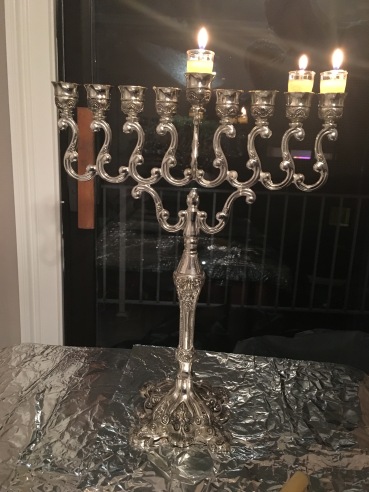 We learn at the end of the second chapter of Pirkei Avos a poignant lesson about exerting effort in all that we do. “It is not incumbent upon you to complete the task, but neither are you free to desist from it.” In his commentary on the siddur, Rabbi Dr. Abraham J. Twerski writes that this missive is not only a wonderful life lesson, but an important note about the story of Chanukah.

Rabbi Twerski quotes from the Torah (Devarim 14:29) that in reference to the Jewish people, “God will bless you in all that you do.” It’s clear that we cannot do anything without assistance from Above. Nevertheless, Rabbi Twerski comments, that doesn’t give us license to set ourselves up for failure and expect success. For example, one cannot walk into an exam without having studied and rely simply on Hakadosh Baruch Hu to enlighten them with the correct answers. This is the precise message when it comes to the two miracles of Chanukah, defeating the Greeks in battle and the oil lasting for eight days.

The Chashmonaim saw what was occurring in their midst, and they didn’t sit around and wait. They fought valiantly, despite being their army being weaker and smaller in size. These were not fighters of great military prowess. They were “oskei sorasecha,” individuals who occupied themselves with the God’s Torah. What did they know about battle? Yet, they fought with all their strength, relying on the Almighty to aid them. They did not know if they would completely fail in their fight, yet fight they did.

The same can be said about the neis pach hashemen. We all know the story. The war had been won as the Chashmonaim ascended to attempt to light the Menorah. In the rubble, they only found one container of uncontaminated olive oil fit for use. A single jug of oil would typically only last for one day. What were they to do? Put yourself in their sandals for a moment. You could attempt to light on day one, and try and find more oil to last you throughout the layover. You use the oil that was not usable otherwise. You could divide the oil into separate parts until more would arrive, 8 days later. Alternatively, you could not light the Menorah at all until more oil was procured. The Jews used the only remaining oil they had left to sanctify the Menorah. They had to assume that it would be extinguished the next day. Yet, it was not. This scene repeated itself day after day after day, until finally, the pure oil made its way to them.

There are times in our lives when we may feel as if we are completely lacking and a sense of inertia comes over us. Is the effort we put into our routine really worth it if we’re not sure if we’ll succeed in our endeavors? The message of the Chashmonaim is a resounding yes. The message of the Chashmonaim tells us that our actions matter. For the Jews generations ago, their work was met with success, even though we know that this is not always the case.