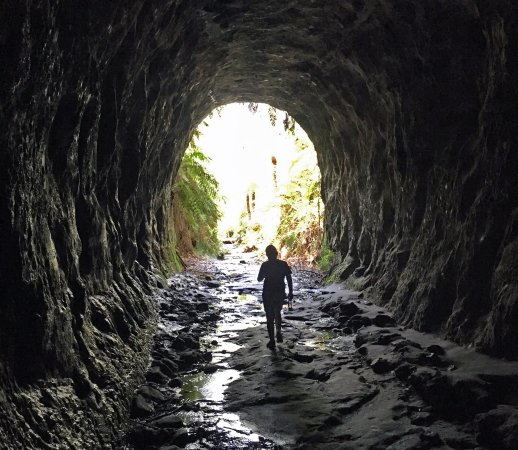 Parshas Vayera is absolutely brimming with action and the Shemen Hatov connects three significant points from the sedrah.

The Torah portion opens as Avraham is convalescing from his bris milah in his tent in extreme heat. Rashi explains that this was the third day after Avraham’s circumcision, the most painful in the recovery process. Rashi also notes that when the pasuk mentions that the day was hot, this is not a mere trivial piece of information. Hashem had made it specifically hotter on that day in order to deter any passersby from wandering close to him, because Avraham would surely get up and bring them into his home. Yet, it was neither the heat nor the recuperation that bothered Avraham on that day. He was downtrodden at the prospect of their being no guests for him to feed and take care of. Ultimately, three guests do arrive, and they give Avraham and Sarah the news that they will soon be blessed with a child. But, Rashi explains that they Malachim do not eat.

Immediately after the Malachim come to Avraham, God informs him that the city of Sdom has grown rife with sin and will be destroyed. While one might’ve intuited that as a loyal subject, Avraham would accept this Divine decree, the decimation of this wayward city does not sit well with him. He pleads with the Almighty – must You punish the righteous together with the wicked? The shakla v’tarya continues between Hashem and Avraham, to not destroy Sdom even if there are 50 tzaddikim in the bustling metropolis. Rashi explains Sdom was broken up into 5 areas, which corresponded to 10 tzaddikim per each. Then, Avraham’s claim drops down to 45 tzaddikim total. Then 40. 30. 20. Finally, 10. But it was not to be, and Sdom and its capricious inhabitants were doomed to eradication.

Finally, Hashem gives Avraham his hardest nisayon to date: sacrificing his beloved son, Yitzchak. Yet, when the command comes, the psukim do not mention any complaints or backlash from Avraham. He awoke early to do the will of God. He and Yitzchak were atop Har HaMoriah ready to make the sacrifice. Yitzchak, sheepishly (one could assume) says, “we’ve got almost everything we need, but where’s the lamb that we’ll be sacrificing?” That seems like it would be a seminal part of the entire trip. Avraham reassures his son that God will provide the animal, don’t worry (hard not to worry when your father then begins to bind you to the sacrificial altar…). As Avraham is about to complete the act, a Heavenly voice calls out to Avraham and tells him to not harm Yitzchak. Avraham noticed a ram with its horns stuck in a tree, and offered it as a korban in Yitzchak’s place.

We look back at Avraham’s pursuit of Hachnasas Orchim, wanting to save the wanton city of Sdom, and the Akeidah and we marvel at the courage and strength of our pious patriarch. Yet, from a success standpoint, what exactly did Avraham Avinu accomplish? Avraham essentially “fails” in each of his endeavors. The Malachim come to him, and he has Sarah prepare a lavish meal as a measure of Hachnasas Orchim. However, even though we hereafter are commanded to welcome guests in our midst based upon laws that stem back to this very encounter, the Malachim don’t really eat anything from the spread. Next, Avraham pleads with Hashem to save the city of Sdom from destruction. Ultimately, as we know, his pleas fall short. Finally, Avraham Avinu musters up the courage to sacrifice his own beloved son. As he’s about to do this act, he’s called out to and told not to harm Yitzchak, eventually sacrificing a ram in his son’s place. Three unique events, all met with failure. Nevertheless, we still think of these events unique events that make Avraham a special person. He set out to accomplish something, put in significant effort, but nonetheless fell short.

We learn from these experiences a very valuable lesson for our own lives. There are times when we too, go through painstaking effort in order to make something happen. There are times when our effort is met with success. At other junctures, it seems our toiling was all for naught, even if we invest more of our time and resources in the moments of failure than the moments of success. But even at times where we fall short, we have reason to keep our heads up. Avraham does not grow frustrated with his efforts not having been met with his desired result. There is no deathbed confession from Avraham at the end of his life stating any remorse or regret for not having been able to do this mitzvah, nor does he cast God away from his life. When these pitfalls do occur, they can be painful and frustrating. Avraham did everything in his power to make his desires come to fruition. Despite his great ingenuity, he did not attain what he set out to achieve. It doesn’t seem confusing to recognize these moments in Avraham’s life. The relationship between Avraham and Hashem after these events continues to grow stronger and stronger. May our individual relationships with the Ribono Shel Olam continue to do the same.