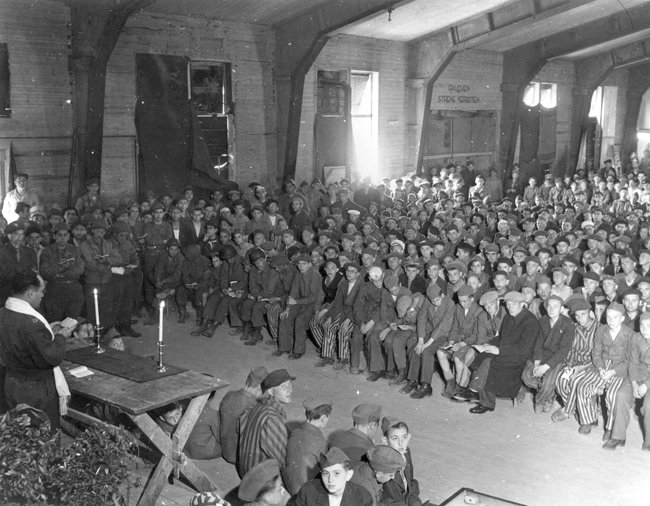 On the eve of Yom HaShoah this year, I had the opportunity to preside over the minyan at a shiva house in my community. Our discussion turned to the departed, a woman that emigrated to Israel in her youth, and helped work to transform a village of tents into what would be one of the most prominent cities in the state of Israel. The group assembled at the shiva house marveled at such a feat, how someone in their youth would be able to do something as incredible as building up the land of Israel. We spoke of her courage, and how the youth of today can’t imagine doing something akin to this. The conversation then shifted to inyana d’yoma, Yom HaShoah. One of the women at the house remarked how she just finished a memoir of a child survivor, who at the age of 7, had been instructed by their parents to run. We fixated on that point for a little while. What were each of us doing at the age of 7? How do the 7 year old children we know now – children, grandchildren, nieces, nephews, cousins – spend their days? The idea to need to muster up such incredible courage and unthinkable strength weighed heavily on us for a few minutes, only dissipating once it was time to daven Mincha shortly after.

That account is just one of the copious of other children given similar instructions. Run. One of the most widely circulated of testimonies was about Rabbi Herschel Schacter z”l (father of my teacher, Rabbi Jacob J. Schacter), the first Jewish army chaplain to enter the stern gates of Buchenwald after liberation.  In Rabbi Schacter’s obituary, the story is written:

In Buchenwald that April day, Rabbi Schacter said afterward, it seemed as though there was no one left alive. In the camp, he encountered a young American lieutenant who knew his way around.

“Are there any Jews alive here?” the rabbi asked him.

He was led to the Kleine Lager, or Little Camp, a smaller camp within the larger one. There, in filthy barracks, men lay on raw wooden planks stacked from floor to ceiling. They stared down at the rabbi, in his unfamiliar military uniform, with unmistakable fright.

“Shalom Aleichem, Yidden,” Rabbi Schacter cried in Yiddish, “ihr zint frei!” — “Peace be upon you, Jews, you are free!” He ran from barracks to barracks, repeating those words. He was joined by those Jews who could walk, until a stream of people swelled behind him.

As he passed a mound of corpses, Rabbi Schacter spied a flicker of movement. Drawing closer, he saw a small boy, Prisoner 17030, hiding in terror behind the mound.

“I was afraid of him,” the child would recall long afterward in an interview with The New York Times. “I knew all the uniforms of SS and Gestapo and Wehrmacht, and all of a sudden, a new kind of uniform. I thought, ‘A new kind of enemy.’ ”

With tears streaming down his face, Rabbi Schacter picked the boy up. “What’s your name, my child?” he asked in Yiddish.

“How old are you?” the rabbi asked.

“Why do you think you’re older?” Rabbi Schacter asked, smiling.

“Because you cry and laugh like a child,” Lulek replied. “I haven’t laughed in a long time, and I don’t even cry anymore. So which one of us is older?

Lulek is better known today as former Chief Rabbi of Israel, Rabbi Yisrael Meir Lau.
In the recently published Memory and Meaning of fascinating Yizkor drashos of Rabbi Norman Lamm, he wrote in more than one address of the need for the younger generation to show more of a sensitivity and understanding of those who came before. Those words were penned decades ago, yet they ring just as true today. On the other hand, how can we truly understand the plight? There will be a day when there are no more survivors or children of survivors. That once unthinkable day is looming closer and closer. What will become of the memory of the Shoah when it’s rendered as a far off event in the annals of history, like the Spanish Inquisition, the Crusades, or the destruction of the Temples?

While Lulek, his brother, and European Jewry were fighting for their lives, my grandparents and other relatives were alive and well in America. Rabbi Lau was just 7 years old when he remarked that he wasn’t even a child. He didn’t laugh anymore. His parents and other relatives had been taken away, never to be seen again. He didn’t cry. When I was 7, I was a precocious boy in a Jewish school who loved Michael Jordan and the Chicago Bulls, and waving to my parents from my shul’s bima when the children were invited up for “Ein K’Elokeinu.” How would I even begin to understand what it was like? I can’t. None of us can. But, if we fail to conjure up a meaningful way to continue the legacy of six million of our people being ruthlessly butchered by the Nazi death regime, our charge to “never forget” will have meant nothing.