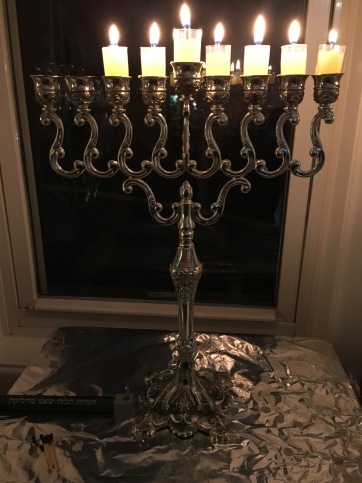 The dreidel is a fundamental part of the holiday of Chanukah. We are taught from a young age that this toy was kept at the sides of the Jews as they clandestinely learned Torah, which had been outlawed by the Greeks. When the Greeks came by, the Jewish people would take out their dreidels and play, fooling the Greeks all the while. Outside of Israel, our dreidels are stamped with the letters “nun”, “gimmel”, “hey”, and “shin”, and we commonly explain that this spells out “Neis Gadol Haya Sham, The Great Miracle Occured There.” The Bnei Yissaschar comments that the letters are referring to something greater than this adage, that they refer to the four primary parts of an individual. “Nun” stands for neshama, the soul. “Gimmel” for the guf, the body. “Hey” stands for “Hakol, the Divine ruach that permeates our being. Finally, “Shin” refers to seichel, the intellect. Each Jew is given these four things that uniquely make them who they are. (As an aside, Rabbi Ephraim Nisenbaum [rabbi and author based in Cleveland] writes in his book “But I Thought…” about misconceptions in Halacha, that given this explanation of the Bnei Yissaschar, it could be that the dreidels in Israel should be the same as the ones in the diaspora. He lists other reasons as well in his book.) I like to think that the reason for this explanation can be extended to the fact that the dreidel was not merely a plaything in these times. It literally saved lives. The study of Torah had been outlawed by the Yevanim. Had the Jews been caught in the midst of their limud, it would’ve been calamitous.